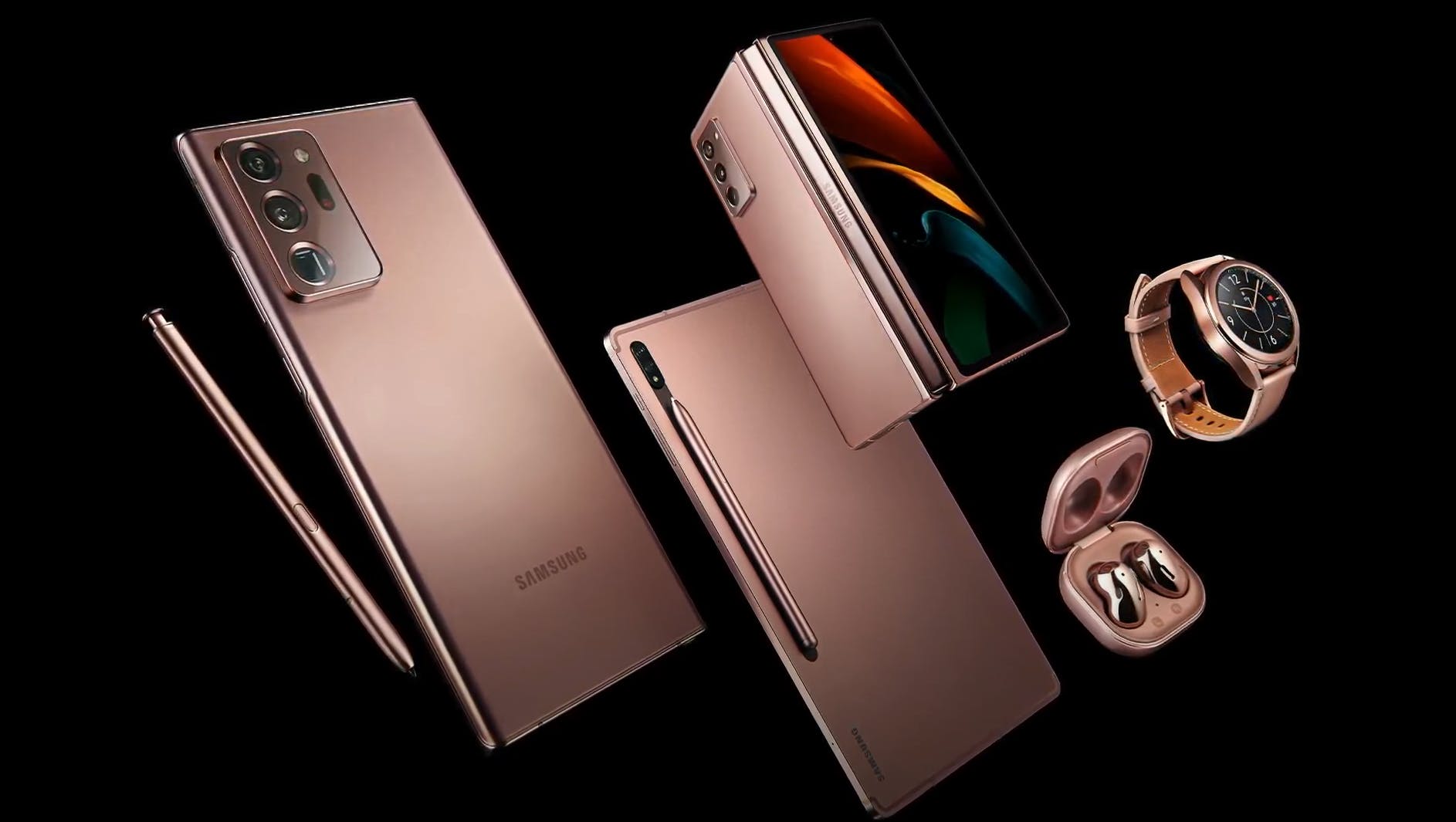 The Galaxy Note 20 is a 6.7-inch device with a 12MP ultra wide lens, a 12MP wide-angle lens, a 64MP telephoto lens and a 10MP front facing camera. Its USP is the stylus, which has been made more advanced than its predecessors by Samsung. It comes in a choice of three colours: Mystic Bronze (a pink-brown hue), Mystic Green and Mystic Gray. The display is FHD+ Super AMOLED Plus with Infinity-O technology.

The Galaxy Note 20’s big brother, the Galaxy Note 20 Ultra, is a 6.9-inch device with a 23MP ultra wide lens, a huge 108MP wide-angle lens, a 12MP telephoto lens, a laser AF sensor and a 10MP front facing camera. The choice of colours are Mystic Bronze, Mystic Black and Mystic White. The screen is Quad HD+ Dynamic with an AMOLED 2X Infinity-O display and comes with a 120Hz refresh rate.

With the newly announced Galaxy Z Fold2, there are now three foldable smartphones in Samsung’s current lineup. While the original Galaxy Fold launch was controversial and reviewers were justifiably frustrated with the product compared to its price, the upgraded Galaxy Fold2 looks stunning. There are no longer the cameras arranged in the notch when the device is unfolded, instead, there is an inner display in an Infinity-O style, and the camera lens takes up no more space than on the front of the Note 20 devices.

When unfolded, the Galaxy Z Fold2 features a 7.6-inch display which is larger in size, from 4-inches on the original Galaxy Fold to the 6.2-inches of screen with thinner bezels and a 120Hz refresh rate on the Z Fold2. Samsung has announced that it has listened to feedback and has made the Galaxy Z Fold2 tougher and more durable by restructuring the hinge and featuring a UTG (Ultra Thin Glass) technology. The dual battery of 4,500 mAh will hopefully offer faster charging, but we will have to wait until September to find out specifics about each of the devices' specifications. 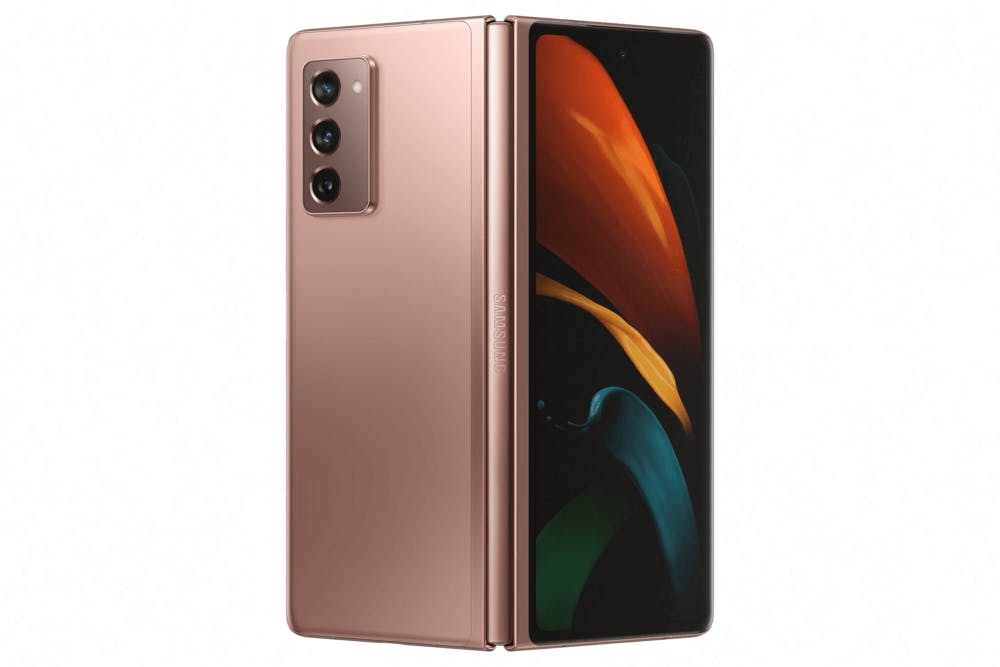 We all know that Android tablets are not the first choice among productive people given the popularity of iPads, but Samsung have created something high-end that will hopefully bridge the gap between iOS and Android tablets. 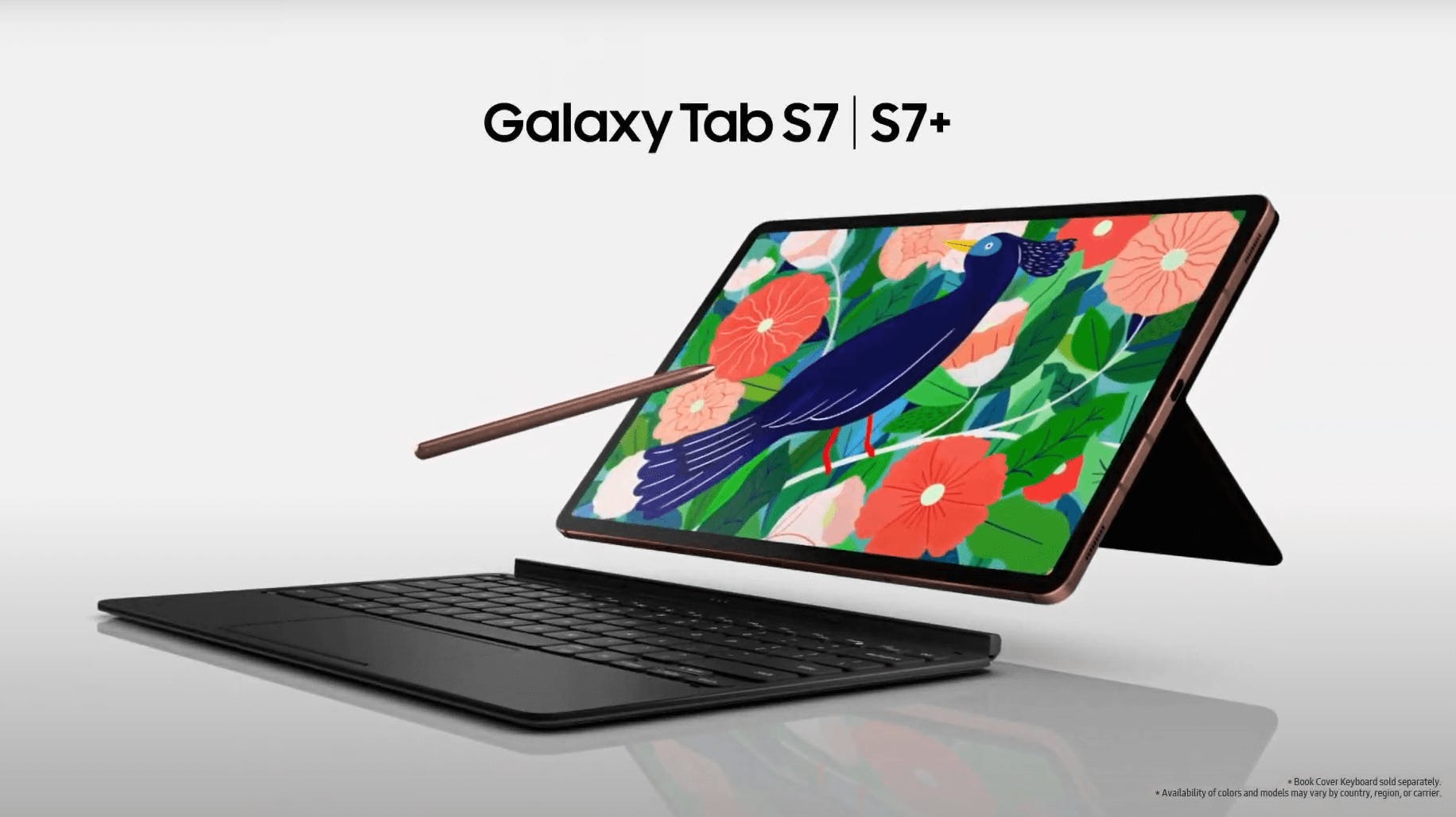 At the Unpacked Event, Samsung unveiled two models of their next generation Galaxy Tab: the Galaxy Tab S7 and Tab S7 Plus. For the first time, users can choose between 11-inch and 12.4-inch options. The Plus model has slight differences such as an OLED screen versus a more traditional LCD panel on the Tab S7. There is an in-screen fingerprint featured on the Tab S7 Plus, whereas the Tab S7 houses the fingerprint scanner in its power button. Both variants support a 120Hz refresh rate and offer a refreshed design with sharper edges in a metal lightweight body. There is also a magnetic strip on the back of the tablets for S Pen storage and charging.

With the new tablet lineup, Samsung aimed to increase user productivity and create a PC-like experience even further, offering an improved S Pen responsiveness as well in the package. You can multitask across up to three apps simultaneously, as well as having a case with a detachable keyboard, and an option to use the tablets as an additional monitor for Windows PC users. 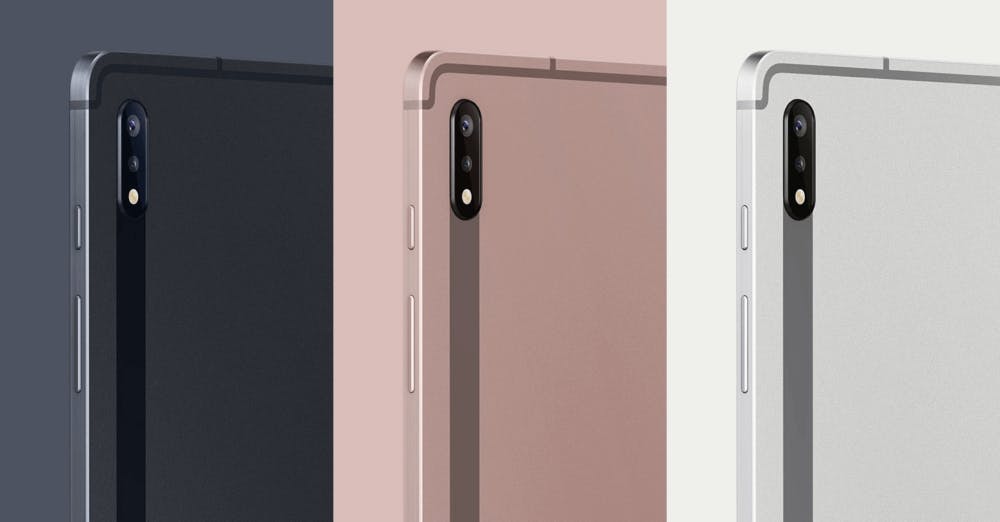 The processor has been upgraded to the Snapdragon 865 Plus, and both models support Wi-Fi or cellular with 5G ready connectivity. For more premium content consumption, the new tablets have quad AKG speakers and 16:10 aspect ratio. Intelligent battery is said to adapt to your activity and support 45W wired charging.

Both tablets come with various apps preloaded for entertainment, work or creativity as well. Samsung also offers ad-free access to Youtube Premium for 4 months if you purchase the Galaxy Tab S7 or Tab S7 Plus.

The tablets are set to be available from the 21st of August in select markets. The UK can expect the S7 model on Wi-Fi with 6GB of RAM and 128GB expandable storage to start at £619.

Like it or not, the world is diving deeper into wireless connectivity and soon wired headphones will be a thing of the past. The new Buds Live that look like kidney beans are not the ultimate in-ear headphones by any means, but their unique design makes them stand out in a crowded market. 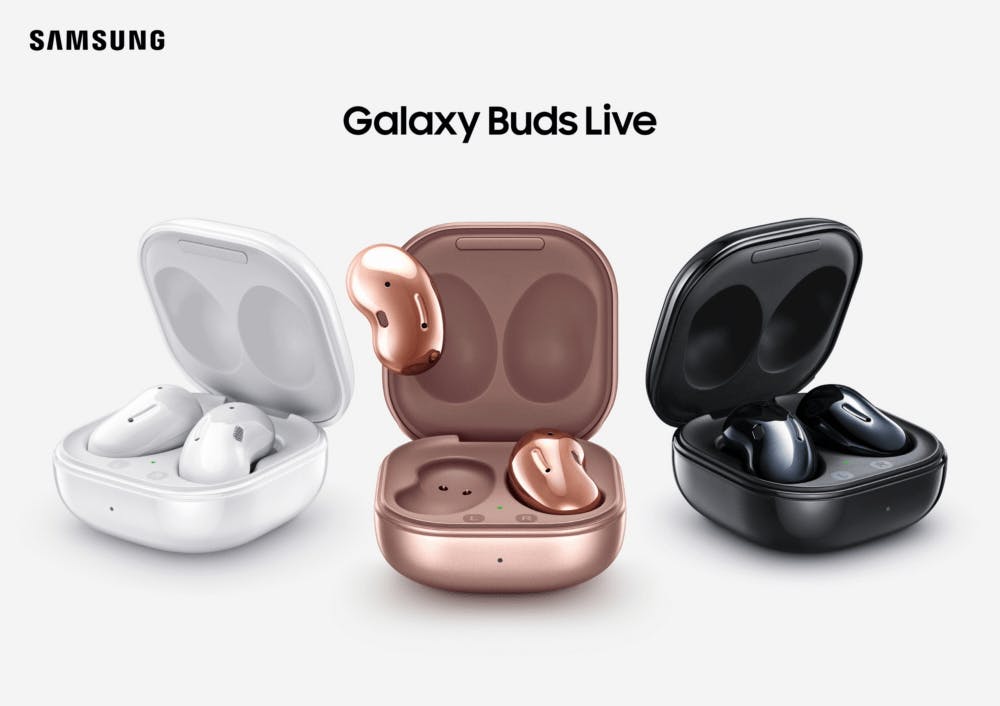 The Galaxy Buds Live are aimed at those who prefer having a sense of the outside world while having the earbuds in. The lack of tips that actually go inside your ear and provide a seal for isolation might not appeal to everyone, as Samsung intentionally designed the Buds Live to let outside sounds through, eliminating only low frequency sounds. So, if you prefer a more ambient sound experience, the Galaxy Buds Plus could be a better option for you.

The Galaxy Watch Active and Watch Active 2 that have been around since 2019 have been joined by the Galaxy Watch3, which comes with a larger display and less bezel. The Galaxy Watch3 offers rotating functionality that we have seen before on previous Galaxy Watch models. Health, sleep and well-being monitoring have also been improved, and blood pressure, blood oxygen measurement and ECG readings features have also been added. While wearing the Watch3, you can send automatic replies to messages and view photos, control your music with the rotating bezel and use gestures to mute reminders or calls. 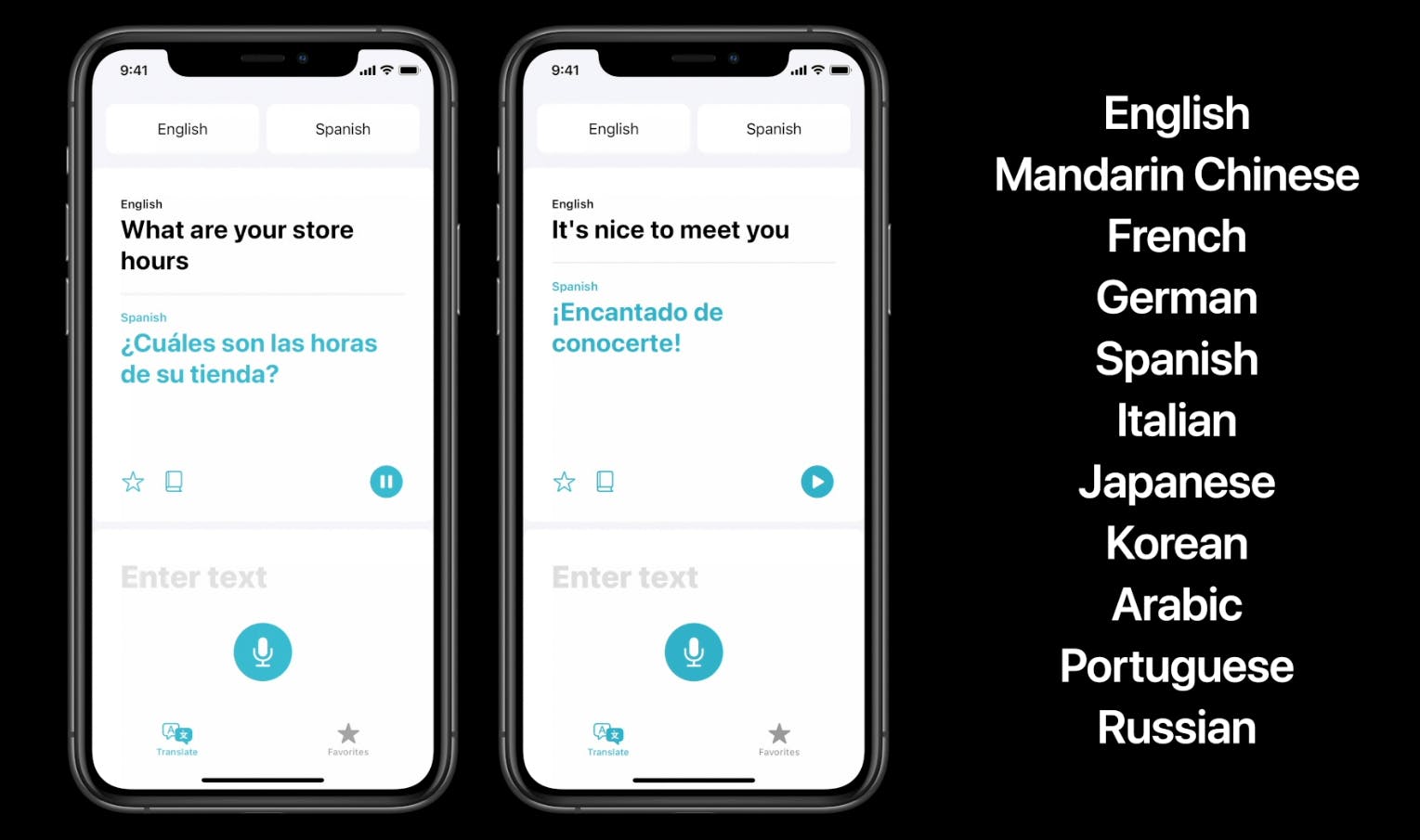 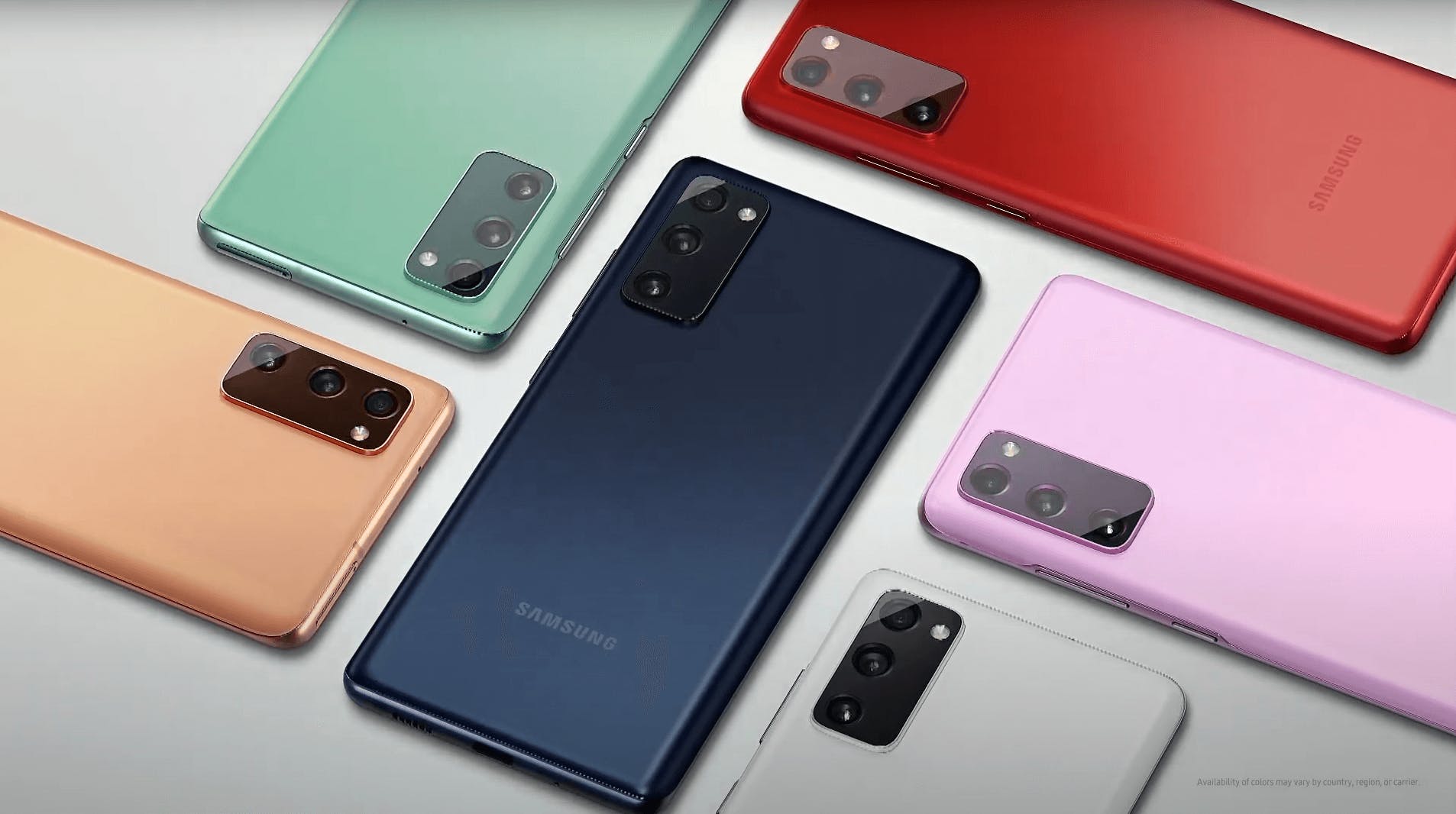